Middle East League - Final Fixtures for the Season ahead 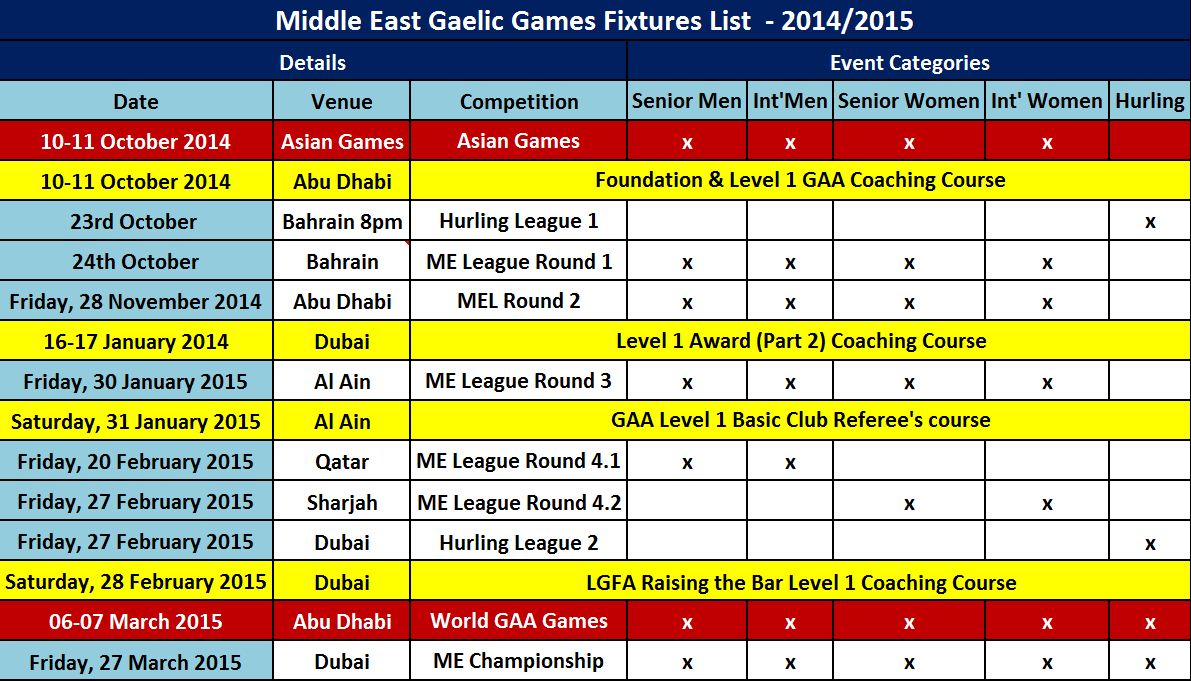 Not long now â only 3 weeks to go to the 1st Round of the Middle East League in Bahrain, everybodyâs favourite tournament. The season will kick off with some small ball action on the 23rd October in Bahrain as the first fixture of the Middle East Hurling League will get underway, with the season coming to a close in the last weekend of March with the Middle East Championship Finals in Dubai. Abu Dhabi will then follow in November, so no shortage of getting your GAA fix before Christmas! Back to it then in January in Al Ain, and in Qatar and Sharjah in February. The season will be finished off in true Middle East GAA style in March.