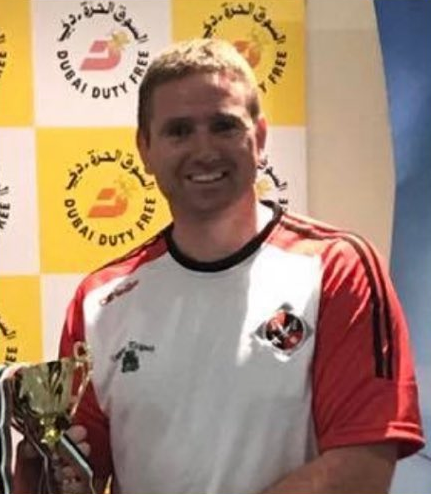 It gives me great pleasure to welcome you to the Middle East GAA website. The GAA in the Gulf has served as a focal point for the Irish and expat community, a place where people of all ages and backgrounds are made feel welcome.

Our season commences in October and typically concludes in March. In total we have 11 tournaments in our 6 month season from UAE, Oman, Bahrain and Qatar. The largest attracting 1,200 people. Competitions range from Hurling & Camogie (Senior-Junior) Ladies and Mens football (Senior-Junior C) and of course a vibrant underage structure.

If you're new to the Gulf or interested in helping out after a period of absence, feel free to contact us or any of the 16 clubs across the region.

Each of the Chairperson's administrations have overseen one GAA World Games event (2015, 2016 and 2019). In this period, the Middle East has hosted the GAA Football All-Stars (2016 | Middle East GAA Board, in Dubai) and GAA Hurling All-Stars (2019 | Abu Dhabi na Fianna, in Abu Dhabi).