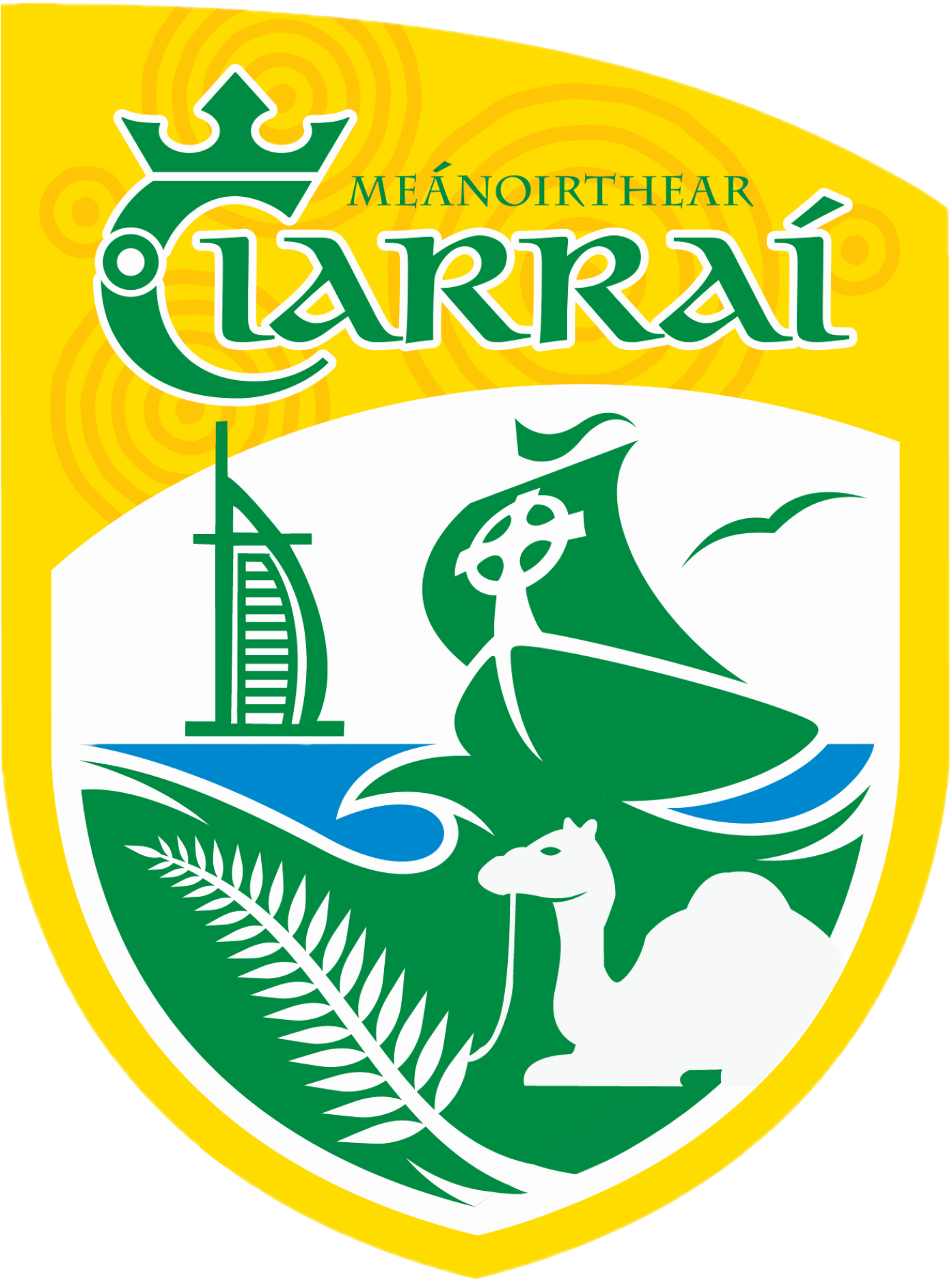 The clubs aims are as follows:

Since inception, the club has worked tirelessly to stick to these ideals, promoting a x1 night a week training policy, a “Total Football” style approach to training (no exercises are carried out without the ball), and supplementing training with plenty of challenge games with neighboring clubs. In short, no laps, no wire to wires – all ball work.

In an effort to ensure we are welcoming club, we are one of the only GAA clubs worldwide that does not charge a membership fee, and we provide all our players match jerseys for games, something which is not common here in the Middle East. Furthermore, the club has an open-door approach to recruitment like sister Kerry clubs globally (i.e. New York, Boston and London), and is extremely proud to have players from all four Provinces, the United States and the UK representing the famous green and gold.

The Club had an excellent maiden campaign during 2018/19 season, fielding 2 Junior B teams and a social team in each of the four tournaments in the Middle East GAA calendar. Our A team were victorious in the Al Reem tournament and in the Championship in Abu Dhabi while narrowly losing out on league title to a strong Fujairah side. Our B side picked up some early silverware in the Dubai tournament while having strong showings in the other 3 events, while our Social side were victorious in the highly rated Bahrain tournament.

The successes of the club to date would not have been achieved without the substantial support of the Middle East Board, the Kerry County Board, our current sponsors Kibsons and Eire Gulf Contracting LLC, and our previous sponsors Premier Brands International.

Looking to the future, the club has ambitions for all of its teams to move up the grades, with the ultimate goal of competing at senior level in the Middle East League. The club is in the process of developing a 5-year plan in an effort to achieve both their on and off field goals, and to ensure a strong footing for the organization in the years ahead. Kerry Middle East GAA are presently on track, with a team competing at Junior A, Junior B and Social levels in the 2019/20 season.