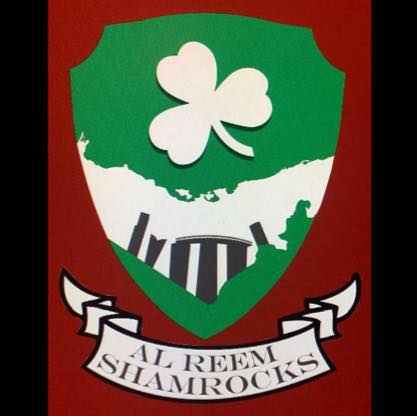 Al Reem Shamrocks is one of the newest and fastest growing GAA clubs in the Middle East having been founded in September 2017.

The club started humbly with one men’s team and two women's teams competing in our first season at Junior level and has continued to grow year on year, participating in every competition including the championship whilst picking up numerous trophies and several promotions along the way.

We pride ourselves on continuously providing training as well as social outlets for our members of all abilities on a regular basis.

As of last year, the club has developed a hurling and camogie section, this has added a new dynamic to the club and has catered for all players of a variety of levels throughout the last year, we look forward to building on these strides made.

Al Reem Shamrocks were among the first club to introduce Handball to its members in 2018 culminating with the club hosting and winning the first ever handball tournament held in the Middle East against Riyadh in December 2018.

Al Reem Shamrocks welcomes participants from all backgrounds and abilities who seek to play Gaelic Games, connect with new friends or simply stay active in the UAE capital.