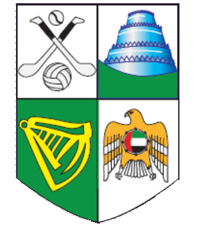 Situated inland on the Oman/UAE border, Al Ain GAA club was founded in 2009 by a small group of expats with an aim to maintain a connection to their Irish heritage through Gaelic Games.

Thanks to excellent training facilities at Al Ain Rugby Club and many volunteers, the club has thrived and is now an integral part of the expanding Irish community in Al Ain from both social and sporting aspects.

Al Ain GAA was well represented at the Etihad Airways GAA World Games which were held in Dublin during the summer, with six club members playing a pivotal role in the Middle East Men's football and Camogie teams.

The Men's team are looking promising and have competed well in the opening two tournaments with an influx of new faces to the team.

The Intermediate Ladies team have made outstanding progress in the last 12 months, claiming the 2015-16 Championship title in Abu Dhabi and securing cup final victories in the opening two rounds of the Middle East League this season.

The Ladies Junior team have also got their campaign off to a flying start with a competitive performance in Dubai.

Finally, this year the club will continue their successful Sponsorship with Gulfco and we are delighted to have them on board.