The GAA World Games is a competition that recognises the global expansion of Gaelic Games. In the last 10 years there has been an almost 100% growth in the number of GAA clubs operating outside of Ireland, with more than 400 now in existence worldwide. As well as traditional strong holds across Britain and North America, GAA clubs now have a vibrant pulse in operation in Asia, the Middle East, Europe and Australia. These new clubs, made up of non-native Irish people who have been drawn to and inspired by Gaelic Games, is proof of the strengthening of these overseas roots. Having first being hosted in Abu Dhabi in 2015, the 2019 Renault GAA World Games was a chance to bring these regions together to celebrate their passion for our games and help them develop even further.

The Irish-Born Ladies Football trophy was named in memory of Rachel Kenneally, a former Dubai Celts player. Originally from Ballyglass, Co.Tipperary, the talented and charming Rachel spent three years teaching and living in the UAE whilst playing Gaelic football for the Celts. Showing undeniable strength of character and sheer resilience until the end of her battle, this was a fitting tribute to Rachel's legacy and her bravery. The trophy is a real credit to her valuable contribution to ladies football in the Middle East.

This summer the Middle East had four Irish-born teams represented at the World Games in Waterford – men’s and ladies Gaelic football, hurling camogie. These teams comprised of the top players chosen from the 15 clubs throughout the region at the end of the 2018/19 season, with selection determined on a trial basis. At the previous World Games in 2016, Middle East GAA competed at the top level, taking home both the Michael Collins and Harry Boland cups.

Our teams had huge success in the 2019 World Games. They competed in three of the four finals in Croke Park in August - men’s football, hurling and camogie. Unfortunately, our ladies football team lost out at the semi-final stage. Both men’s teams came out on top, displaying magnificent skill and determination against Australasia in front of a great audience at GAA Headquarters. Our camogie team lost out to a slightly stronger Australasia outfit in their own decider.

Overall, the World Games was a fantastic occasion and the players enjoyed a terrific week in both Waterford and Dublin. Our teams were delighted to come back to their roots and display their sporting talents, while representing a region from the other side of the World. Many thanks to all the players, coaches and supporters who helped promote Middle East GAA in the best light on a global stage.

We look forward to our return to the competition in the future! 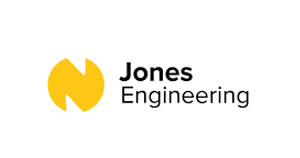