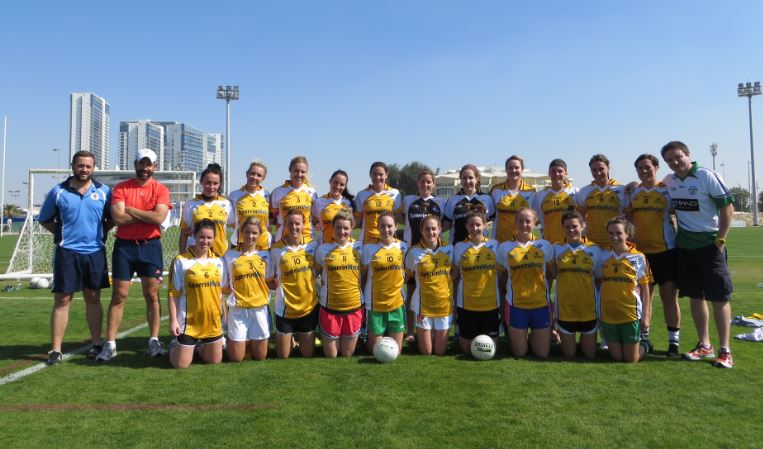 Our Ladies teams are as follows:

Below are both Menâs Middle East county teams.

Middle East GAA is delighted to announce the Middle East Nationals Squad that will compete in the International Competition this coming weekend at the GAA World Games. We all know that this weekendâs event is a first in the history of the GAA but this team, made up of players from countries around the Middle East is definitely a team that has not been seen on a Gaelic football pitch before. Middle East GAA would like to wish the guys all the best in the International Competition. We are very proud of all of our international players that make playing GAA in this region all the more special. Here is a list of the team, made up of players from Bahrain, Oman, Sudan, Egypt, Kuwait among others.